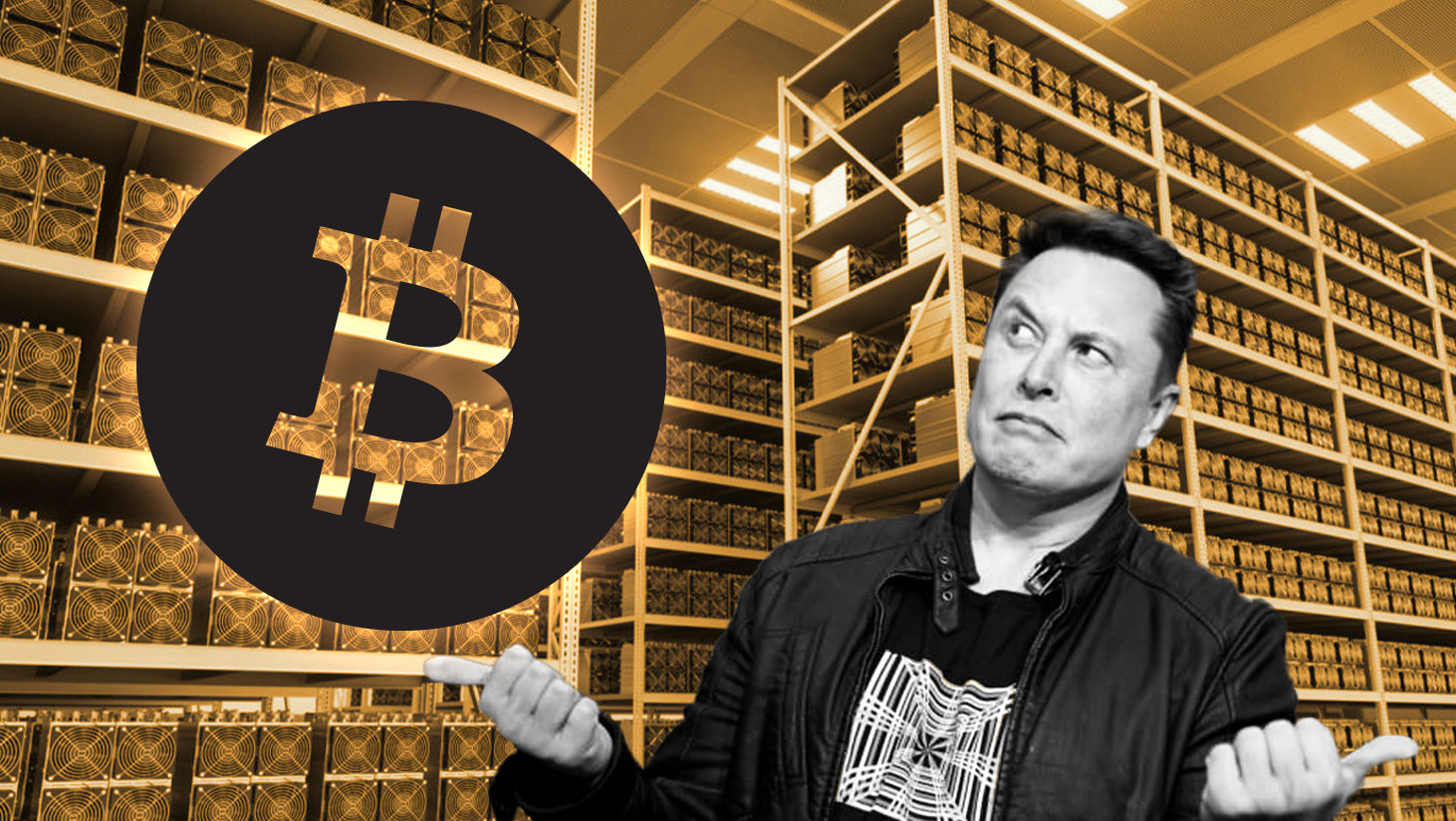 The Mining Conundrum: To be or or not to be environmentally friendly
Early on Thursday morning, Bitcoin (BTC) holders were caught unawares as their value took a tumble following a tweet by Tesla CEO, Elon Musk, in which he expressed concerns about the crypto pioneer’s energy-intensive mining process, therewith suspending Tesla purchases using the crypto. Needless to say, global stocks linked to Bitcoin felt the ramifications of the slump – with BTC’s value lowering by as much as 15% as at Thursday morning; although, with this, MicroStrategy was able to acquire an additional $15-million worth of BTC.

According to Musk, his concern stemmed from the “rapidly increasing use of fossil fuels used by Chinese miners for Bitcoin mining and transactions,” – indicating that he may well favour other cryptocurrencies who employ a more environmentally friendly, less energy-intensive approach to crypto mining.

Despite the "FUD", Bitcoin Treasuries, which tracks corporate and institutional exposure to BTC, reported Saturday that institutions have accumulated 215,000 Bitcoin in the past 30 days.  That's equivalent to roughly $10 billion.

Personally, we're wondering whether Mr Musk might be working on a new prototype for mining Bitcoin!

What is crypto mining?
Crypto mining is the painstaking process by which new coins are made and  entered into circulation, and also forms an integral component of both the maintenance and development of the blockchain ledger – a record of all crypto transactions. Ordinarily, mining is performed using sophisticated computers with advanced software and technology to solve complicated mathematical problems.

It is no secret that crypto mining is a deeply complex process, with some crypto requiring Scrypt Proof-of-Work (PoW) algorithms to validate transactions; expediting extensive computational power for new coin to be unearthed. The idea is one echoing this: the more complex the mathematical puzzle is to solve, the more energy and computational power required. While it is a fact that all cryptocurrencies are environmentally damaging in one way or another – it is also fact that some are less environmentally damaging than others, looking to limit their environmental impact.

Proof-of-Work and Consensus Mechanisms
Consensus is a procedure that aims to attain a common agreement around which transactions are executed in order. This, referred to as the double-spend problem, is the goal that Proof-of-Work worktypes aim to attain, a feat during which they often expend vast amounts of energy. A consensus mechanism is desirable as it seeks to be a fault-tolerant mechanism used in a blockchain.

The establishment of the vast majority of consensus mechanisms are power-intensive processes, with some computers running around the clock in aid of mining new coin for reward, and by extension, bleeding the planet’s fossel fuel supply dry, as does the prevailing BTC mining currently taking place in China.

At SAFCOIN, we utilize the same Proof-of-Work algorithm and consensus as the well-known Litecoin and Dogecoins, which is not as power-intensive – with the added benefit of SAFCOIN being able to be mined via CPU (computer). Elon Musk’s recent endorsement of Dogecoin as a more sustainable crypto, therefore, sets us in good steed on the African continent.

Important to note is that, verily, SAFCOIN still requires work (energy) to mine into circulation, which is a good thing considering that some energy-saving cryptos are said to be made from thin air and are shrouded in mystery. The decentralized blockchain, a draw card for many users breaking into crypto, would simply not be possible without the exhaustive algorithms used to validate it, nor would transactions be decentralized. While the process is extensive and energy-consuming, it also possible to seek sustainability in whatever way the complex system allows. At SAFCOIN, this is what we aim to do.

Be sure to join the FREE SAFCOIN mining pool, which will be available in 2021.

What are your thoughts?  Tell us about what you think or if you have any ideas how BTC can be mined with the environment's best interest at heart.

#Don't let FUD stop you from HODL-ing!
(FUD: Fear, uncertainty and doubt, FUDSTER: the person spreading that FUD, Cryptocurrency followers advise to HODL your coins despite the FUD of those outside the community.)